Face masks are required for all visitors ONLY in the Turner-Ingersoll Mansion, regardless of vaccination status. Masks are not required in our other buildings or on the grounds. All purchases are NON-REFUNDABLE.

Play, discover and learn as you explore Salem’s waterfront treasures and delve into the city’s maritime past. Adventure seekers of all ages will delight in our list of fun things to do at The House of the Seven Gables and nearby on Salem’s waterfront. From hands-on activities and maritime treasure, to tasty treats and great places to relax and play, you’ll find much your entire family will enjoy! 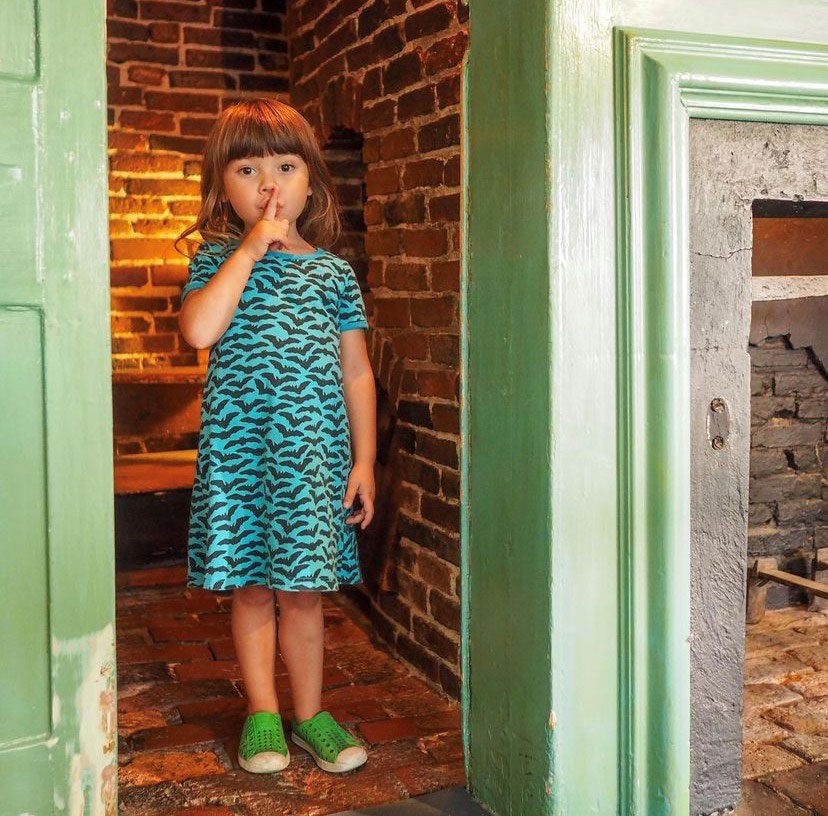 Courtesy of The House of the Seven Gables

The House of the Seven Gables

Experience Salem’s seafaring past at The House of the Seven Gables!

Step back in time to the Great Age of Sail at this iconic mansion built in 1668 by sea captain and wealthy merchant, John Turner I. Experience what life was like for families on Salem’s waterfront. Learn about what they ate and where they slept. Climb the mysterious “secret staircase” to see where it leads. And explore the grounds on a historical-themed scavenger hunt or nautical adventure using a compass to guide your way. No family visit to The Gables is complete without a stop at Kids Cove, a kid-friendly space featuring hands-on maritime exhibits and activities. Also, make sure to check out The Gables’ family page and event calendar for upcoming programming, including Hands-on History, where the young and young-at-heart can try their hand at old-fashioned games, crafts and activities. 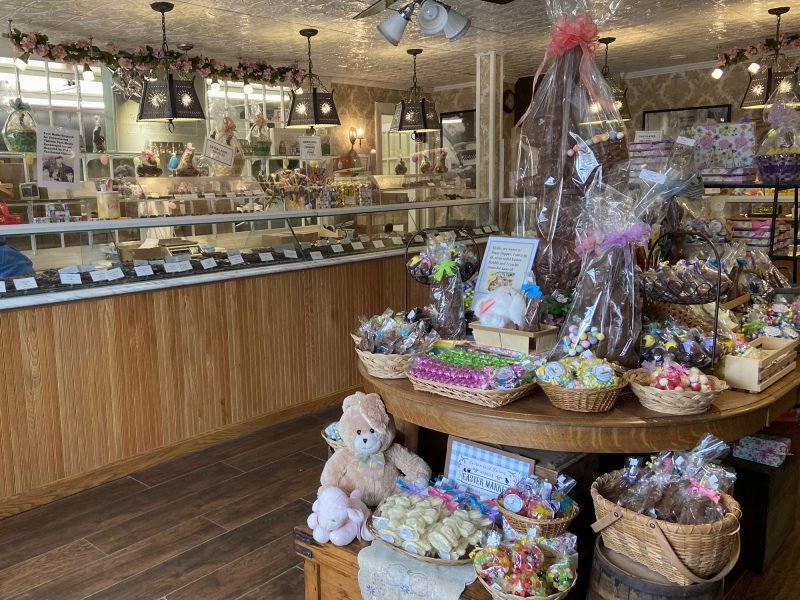 Located right across Derby Street from The House of the Seven Gables is America’s oldest candy company, The Ye Olde Pepper Candy Companie. Home to sticky sweet bliss, this popular establishment has been serving up treats since the 1800s. Stop by and take a bite out of history with one of their old-fashioned hard candies. Gibralters, the oldest commercially sold candy in America, come in two flavors – peppermint and lemon – and they are sure to satisfy any sweet tooth. Or try the Original Salem Blackjack – an old-fashioned molasses stick candy! These mouth-watering candies are made using the original recipes handed down for generations. The store also offers a wide range of handmade chocolates, barks, patties, fudge and more. Yum! 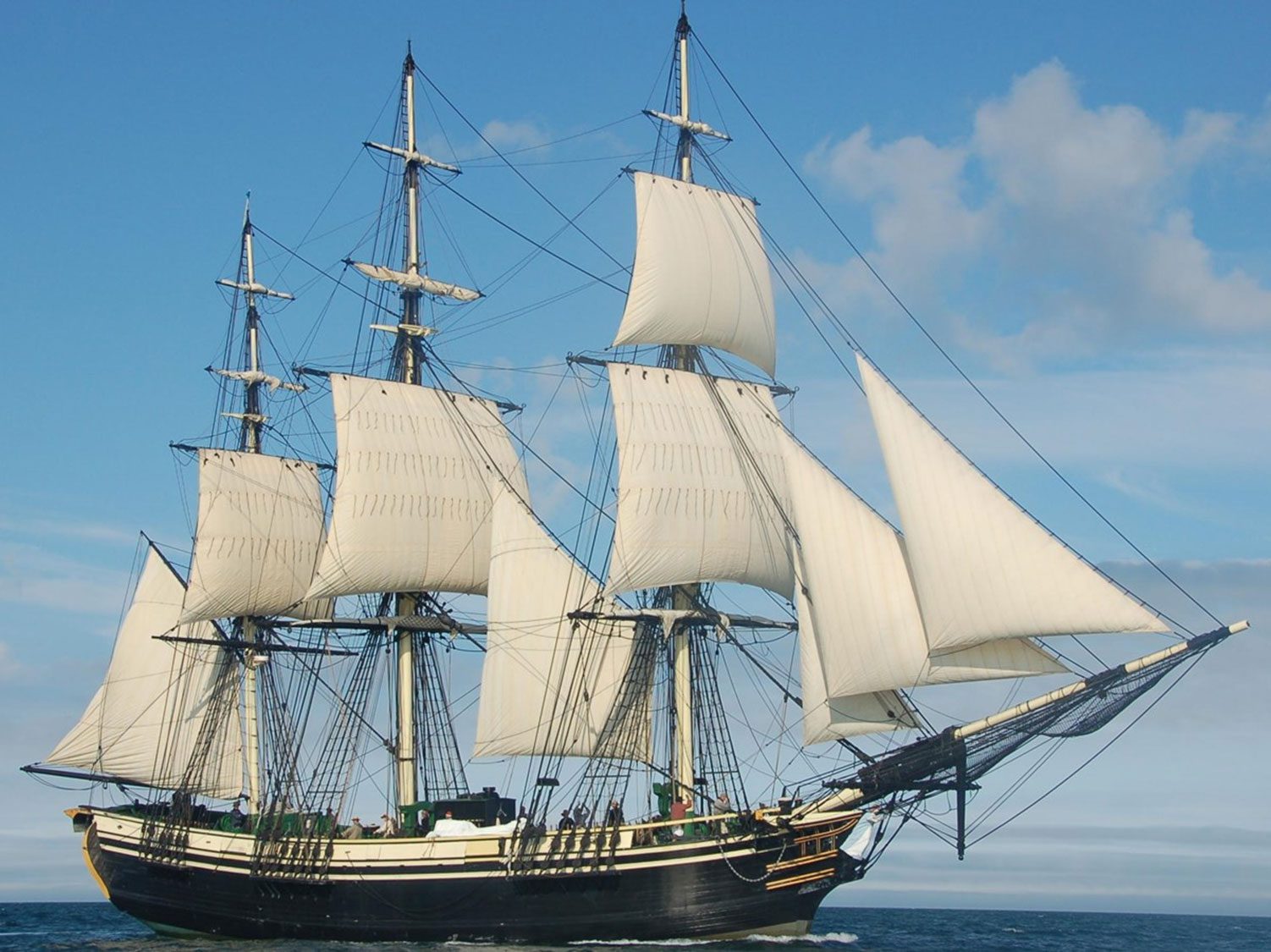 Within a 5-minute walk of The Gables is the Salem Maritime National Historic Site, the first national historic site created in the United States. Once an important center for Salem’s flourishing international trade, today, this 9-acre site is a great place for families to explore, learn or simply relax and enjoy scenic views of Salem Harbor. While visiting, tour the Friendship of Salem (1787), a floating replica of an East Indiaman ship located on Derby Wharf. And walk along Derby Wharf to Derby Light (1871), one of the only original surviving structures on the wharf. You can also visit the National Park Service’s website for downloadable activities for kids, including a Junior Ranger booklet specific to the site. Complete the activities, get sworn in at the Salem Armory Visitor Center and receive a special badge! Virtual preschooler programming is also available. 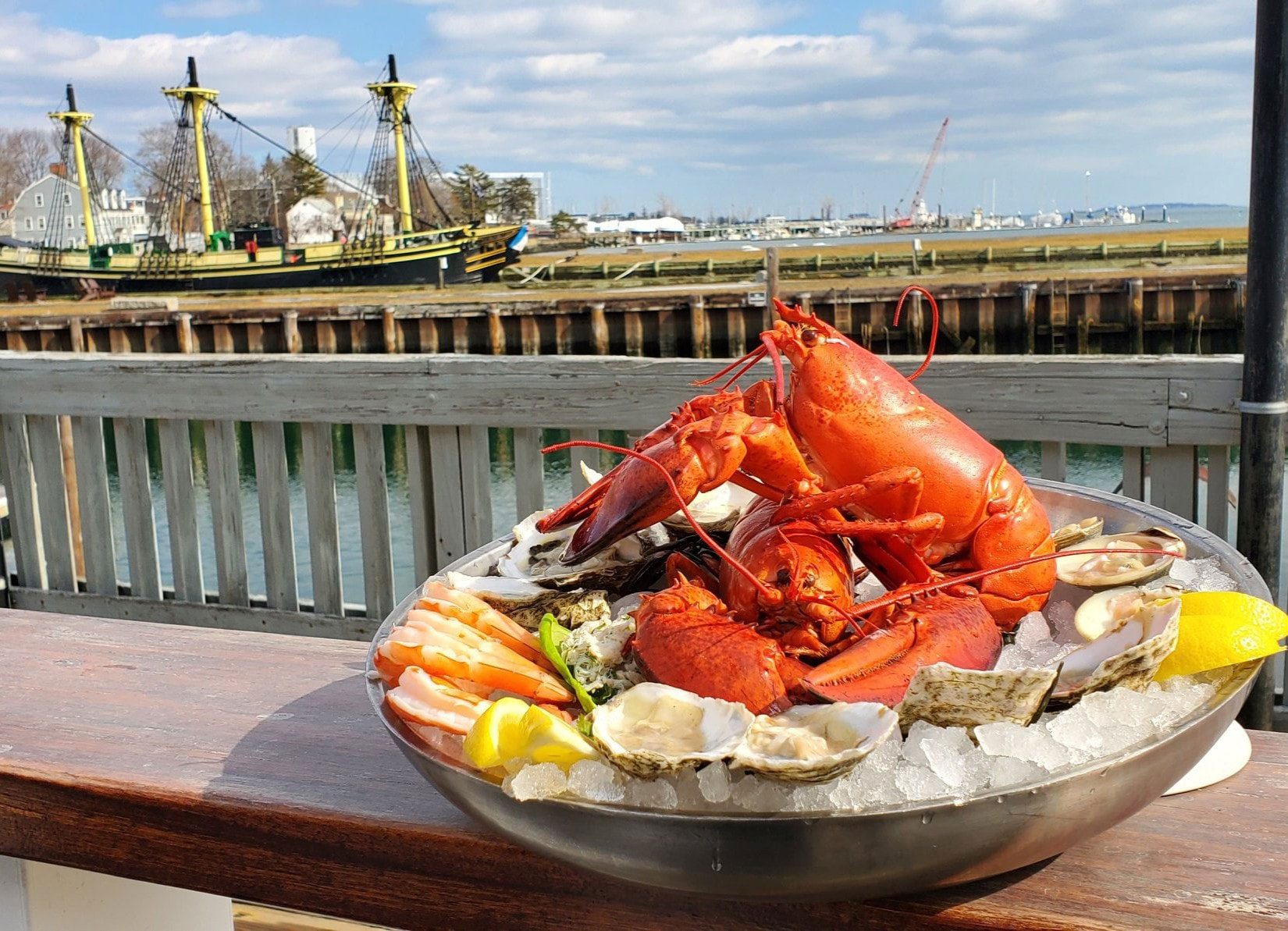 Treasure hunting on the waterfront can sure make you hungry.

Take a break for a meal or tasty treat on Salem’s Pickering Wharf. Home to some of the finest seafood restaurants in the area, the wharf offers spectacular waterfront views and fresh local seafood, including New England favorites – lobster, fish and chips, clam chowder and crab cakes! With many options to choose from, you’ll find something even the pickiest of eaters will enjoy. While there, sit back, relax and enjoy as you watch boats pass by. Or explore the many boutiques and shops lining the wharf. Special programming is offered throughout the year. 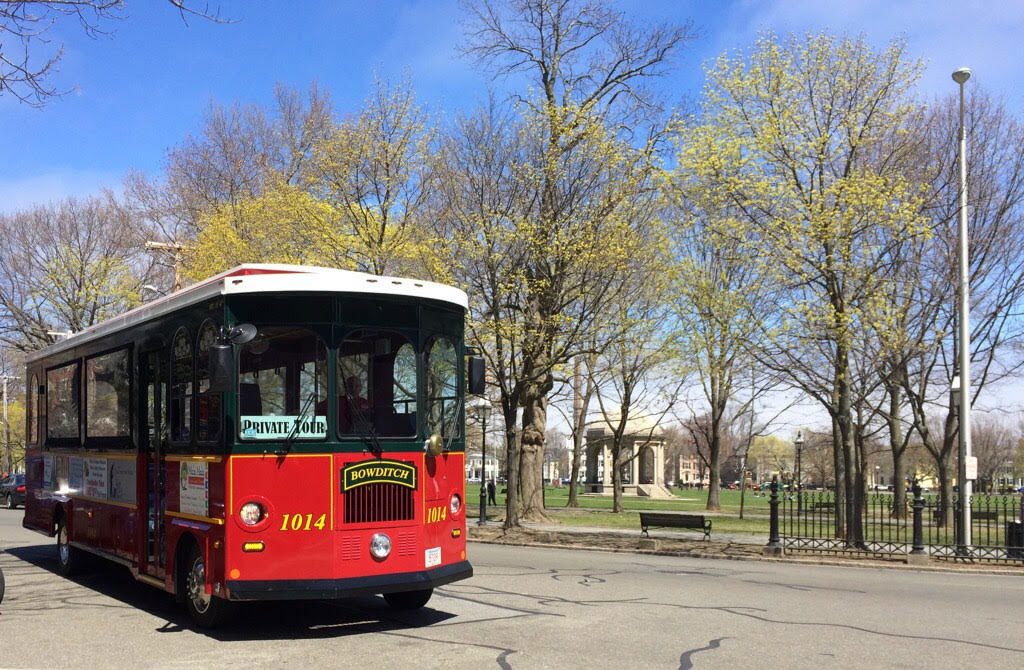 Photo courtesy of the Salem Trolley.

The Gables is one of many stops on the Salem Trolley’s one-hour sightseeing tour of the city. Narrated by a local guide, this 8-mile adventure provides an overview of the city’s history and entertaining facts about the people and places that make Salem unique. The trolley makes 14 stops at hotspots along the way, so you can come and go as you please. Special themed tours are offered throughout the year. The Tales and Tombstones tour runs at dusk and explores the spookier side of Salem, while the lighthearted, interactive Christmas Carol tour (offered seasonally) delights the young and old with the retelling of this holiday classic.

While not directly on the waterfront (but nearby), the Peabody Essex Museum (PEM) is a “must-see” destination for families interested in Salem’s maritime past. The oldest continuously operating museum in the country, PEM was founded by Salem sea captains and supercargoes who collected works of art and “curiosities” on their travels. Today, PEM is a museum of art and culture that celebrates Salem’s connections to the world, as well as its seafaring past. They offer a variety of family activities, from hands-on exhibits to weekend festivals and story times. While visiting, be sure to explore the museum’s maritime collections, including elaborate ship models, scrimshaw and cool navigational instruments! And visit the Dotty Brown Art & Nature Center for kid-friendly activities, discovery drawers, games and computer stations.

No family visit to Salem is complete without a stop at Salem Willows Park. This oceanfront hotspot draws families from near and far with its breathtaking views along a 35-acre stretch of waterfront.  Named for the European white willow trees planted back in the 1800s, the park offers an impressive array of outdoor recreation, beaches, a pier, and boardwalk with arcades and restaurants. Kids can spend the afternoon playing on the waterfront lawn while parents relax under a nearby shady tree. You can also take a ride on an old-fashioned, painted-horse carousel and indulge in a leisurely family picnic.

Pirate Adventures along the Salem Waterfront

Did you know pirates sailed the coastal waters of New England? Some were rogue pirate captains – Kidd, Blackbeard, Bellamy and Quelch – whiles others were privateers commissioned by governments to rob merchant ships and pillage rival country’s settlements. During the Revolutionary War, Salem was among the most active privateering ports in the country. At The New England Pirate Museum and the Real Pirates Museum, you can relive more perilous exploits of Salem and New England’s seafaring past, plus see authentic pirate treasure and engage in a variety of fun, interactive activities. 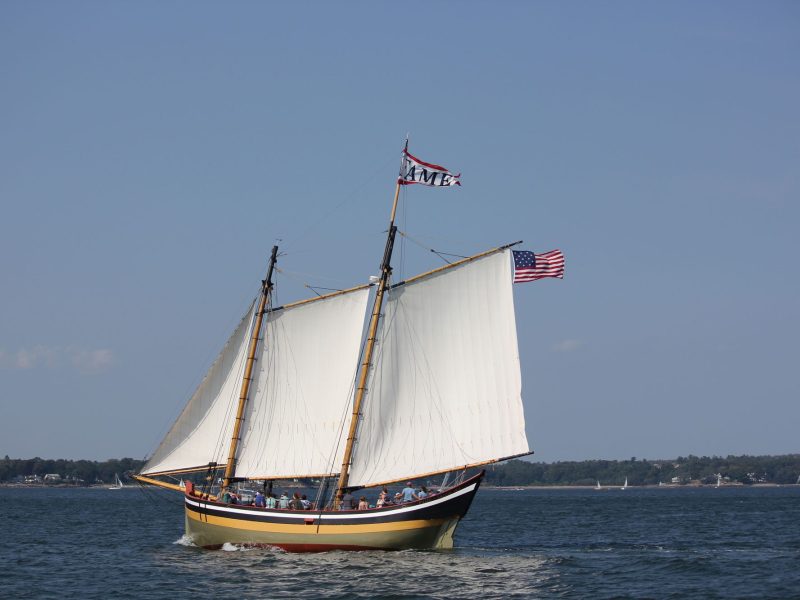 Gather the crew and hop abroad the Fame of Salem, a full-scale replica of the first American privateer schooner. The original Fame was the first American privateer schooner to set sail during the War of 1812. In its day, it seized multiple ships, crew and cargo, but was later lost to sea in the Bay of Fundy. On your Salem Sound excursion, imagine what it was like for the pirates, privateers and sailors as they scoured the coast of New England seeking riches. Fame sails up to five times daily from Pickering Wharf, from Memorial Day through Halloween. Sunset sails are also available.

There’s no better way to travel to Salem than by sea. Enjoy scenic coastal views as you sail on a high-speed catamaran from Boston’s Long Wharf to Salem’s Blaney Street dock. Bask in the sun on the ferry’s outdoor deck or relax inside in its climate-controlled interior. At the dock, you can take the Salem Trolley to downtown attractions or walk. Combo Ferry/Trolley tickets are available. Visit website for schedule and to purchase tickets. The Salem Ferry runs mid-May through Halloween.

Return to Salem & Beyond